Massachusetts Court: Hospital Can Be Sued for Doctor Working as Independent Contractor under "Apparent Authority" Theory

A recent Massachusetts Superior Court ruling cleared the way for a medical malpractice case to go forward that claims to hold a hospital liable for negligence of a non-employee anesthesiologist working as an independent contractor.

According to plaintiff’s attorney, William J. Thompson of Lubin & Meyer, the decision recognizes that hospitals cannot escape responsibility for the conduct of doctors practicing in their facilities. Said Thompson in the Mass. Lawyers Weekly article: 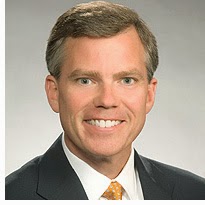 “When a hospital allows doctors to provide patient care within the physical hospital building, and patients reasonably believe these doctors are associated with and sanctioned by the hospital, it is only fair that the hospital bears responsibility for harm caused by those doctors.”

Specifics of the case Beauregard v. Peebles, et al., involve the hospital's chief of anesthesia — an independent contractor — who met with the plaintiff wearing a lab coat showing the hospital name and logo, and was not defined as a non-employee of the hospital in pre-surgery documents.


“[I]t appears that neither the [Supreme Judicial Court] nor the Massachusetts Appeals Court has yet decided whether a hospital that imbues a physician with apparent authority to act as its agent can be held liable for the doctor’s negligence in the absence of an employment relationship or any right to control the doctor’s daily activities,” Salinger wrote in denying the hospital’s motion for summary judgment. “The court concludes, however, that general principles of Massachusetts common law permit [the plaintiff] to sue the hospital under a theory that it is vicariously liable for torts committed by its apparent agents acting within the scope of their apparent authority.”

The malpractice lawsuit can now proceed which claims negligence by the anesthesiologist regarding general anesthesia and a spinal epidural that left the plaintiff paralyzed. For more information, see the Lawyers Weekly article.