Sepsis: Know the Signs and Symptoms

Sepsis is the body’s overwhelming and life-threatening response to an infection, which can lead to tissue damage, organ failure, and death. Sometimes called blood poisoning, it can be caused by a seemingly minor infection due to a scrape or cut. It is often the cause of death of people suffering from other diseases (see Sepsis and Other Diseases). For instance, people with cancer can die as the result of the actual tumor or from an associated condition such as sepsis. Anyone can get sepsis but children and older adults tend to be more vulnerable. 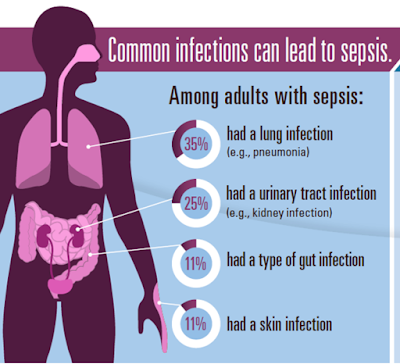 Know the signs and symptoms of Sepsis

There is no single sign or symptom of sepsis. It is a combination of symptoms. And because sepsis is the result of an infection, symptoms can include signs of infection such as diarrhea, vomiting, sore throat, etc.) in addition to ANY of these symptoms: 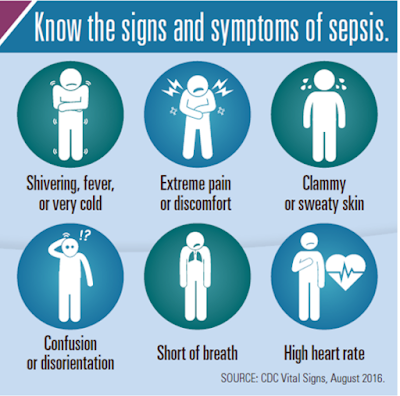 What to do if you suspect Sepsis

Sepsis should be treated as a medical emergency (as quickly as possible) with antibiotics and fluids. If you think you or a loved one has sepsis you should be clear and firm that you suspect sepsis and demand urgent attention.
Sources and for more information on sepsis, see the CDC website and the Sepsis Alliance website.

Failure to diagnose sepsis or an infection leading to sepsis can sometimes lead to a medical malpractice lawsuit.