Women Dying in Childbirth in U.S. — A Preventable Tragedy


The Boston Globe's Liz Kowalczyk exposes a worrisome trend — an increase in the maternal mortality rate — in her July 30 article in response to the deaths of two expectant women in labor and delivery at MetroWest Medical Center in Framingham, Massachusetts.


Lubin & Meyer represents the family at the center of the Globe’s exposé. 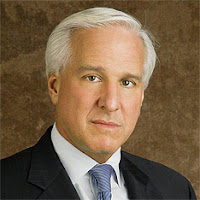 “In the year 2017, the high incidence of maternal death that exists is unacceptable and is often due to the carelessness and lack of attention from medical professionals. Higher standards and continued reporting of incidences will be the only solution to this ever growing tragic problem.”


Regarding the prevalence of maternal deaths, the article states:


"The rate of women dying from pregnancy-related causes has climbed in the United States in recent years, even as it has fallen globally. The reasons are unclear, but it may be due to the growing number of American women with chronic health problems such as diabetes, obesity, and heart disease that put them at higher risk.

The Centers for Disease Control and Prevention recently put the national rate at about 17 women per 100,000 live births. The World Health Organization said the US rate is higher than that of countries including Canada, France, Germany, Great Britain, Greece, Ireland, Italy, and Spain."

Here in Massachusetts the rate is historically below the national average. As stated in article: "6.9 deaths per 100,000 live births, according to the health department’s most recent data."


"[Massachusetts] is one of the few states where public health officials study the medical records and autopsy reports for every woman who dies, to pinpoint causes. If they find her death could have been prevented with better medical care, the department requires hospitals to improve their procedures. They believe at least one-quarter of deaths are preventable."

The family's lawsuit claims that based on her medical records, she was not given proper care. As stated in the article:


"Her blood was not tested at regular intervals to look for a worsening of her condition, and she was not given medication to manage her high blood pressure, they said. And physicians decided to perform a caesarean section only when the baby developed an abnormal heart rhythm."

We are happy to answer your questions regarding a possible medical malpractice case. Contact us for a free case evaluation in Massachusetts, New Hampshire and Rhode Island
Posted by Lubin and Meyer at 5:15 PM