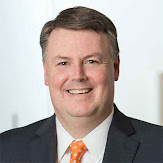 Lubin & Meyer medical malpractice attorney Robert M. Higgins has filed a lawsuit in Worcester Superior Court seeking damages related to the death of CaSonya King, a mental health patient who died in 2018 shortly after she was improperly discharged from the hospital where she was being treated. Named in the complaint are High Point Hospital, CVS, the attending physician and a social worker at the hospital.
In an exposé by Shira Schoenberg, for CommonWealth Magazine, Attorney Higgins, who represents CaSonya's mother Angela King in the civil action, said,

“They essentially decided they didn’t want to have her anymore, and they decided to dump her at a shelter. She had mental health issues, she needed help. She didn’t need to be dumped on the streets near the Pine Street Inn to fend for herself.”

A report released on June 8, 2021 by the Disability Law Center (DLC),  the federally mandated protection and advocacy agency for Massachusetts, criticizes the Department of Mental Health (DMH), which licensed High Point Hospital, for its failure to get answers to critical questions about the incident:
In announcing the report, DLC stated:

The report, “Out of Time: The Tragic Death of CaSonya King and the Practice of Patient Dumping” is available on the DLC website. It contains a detailed analysis of hospital medical records, DMH investigative records, and legal records, along with photographs, tables and additional graphic material, and information gathered from interviews and fact investigation. The report also describes CaSonya’s death against the backdrop of so-called “patient dumping” incidents across the country. Following its investigation, undertaken as the designated Protection and Advocacy (“P&A”) system for the Commonwealth, DLC finds that the actions of High Point Hospital, in discharging CaSonya King without a meaningful and effective discharge plan, constituted neglect and a dangerous practice that contributed to CaSonya King’s tragic death.

Lubin & Meyer can evaluate your case at no cost, with no obligation. Please contact us at (617) 720-4447. Or click the button below to fill out a form and we will contact you.