Are State Medical Licensing Boards Protecting Doctors at the Expense of Patient Safety?

The explosive report by the Boston Globe Spotlight Team — A Celebrated Surgeon, A Trail of Secrets and Death — exposed a system of cover up and denial at Catholic Medical Center in Manchester, NH, that allowed a highly promoted surgeon to rack up a record 21 medical malpractice settlements over two decades.

Dr. Yvon Baribeau was one of Catholic Medical Center’s busiest, best paid surgeons. When he retired, hospital officials described him in glowing terms.

A new @GlobeSpotlight investigation has found the reality could not have been further from his carefully crafted image.

The Globe Spotlight investigation details the efforts over the years of fellow physicians and nurses who bravely raised concerns about Dr. Yvon Baribeau, a highly touted cardiac surgeon and the face of CMC Manchester's flagship New England Heart Institute, to no avail.

Part 1: A celebrated surgeon, a trail of secrets and death

Part 2: A crisis of conscience, with lives on the line

Chronology: What the public didn't know about Dr. Yvon Baribeau

The Globe's reporting cites a study that finds "9 out of 10 medical malpractice settlements require alleged victims to sign nondisclosure agreements... Some law firms however, refuse to accept settlements muzzling victims."

"Hiding settlements with binding confidentiality provisions protects only the medical provider at fault. That does a tremendous disservice to the patient and the public."

Further, the Spotlight investigation described New Hampshire's Board of Medicine as among the country’s least transparent. It's physician directory does not publish information about medical malpractice claims and had no information on Dr. Baribeau's cases, while his Massachusetts medical board profile lists 20 malpractice settlements. 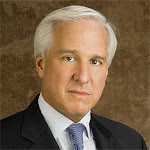 Andrew C. Meyer, Jr. who has been outspoken for years on the ineffectiveness of state medical boards to properly self regulate when it comes monitoring negligence and substandard practice, spoke on Radio Boston in reaction to the Baribeau story, and whether the same thing could happen in Massachusetts.

While the Massachusetts Board of Registration in Medicine does list medical malpractice settlements, unlike New Hampshire's board, it is still inadequate, according to Meyer.

"The cases that end up on the board's website are only cases that are settled, and that's after four or five years of litigation. The only thing it reports is that there was a case settled and whether it was above average or below settlement value. So if somebody is practicing substandard medicine, the public is not aware of the fact, and has no place to go to find out what the record of their doctor is."

According to Meyer, what the Massachusetts Medical Board does do well is to deal with doctors "who are doing illegal things — over-prescribing drugs, violating boundaries with patients, sexually and otherwise — because they're the quick and dirty kind of cases it can deal with."

"Where the board falls short is effectively monitoring whether or not the physicians it oversees are practicing substandard medicine — when it comes to protecting patients, it doesn't do a very good job."

"Even when it's known within a hospital who the bad players are, it isn't known to the public or the patients. What we're looking at is how are the doctors policing themselves? Is it adequate? Or are they protecting each other? And that's what we find more than anything, is that they're protecting each other, and they've sort of lost their way in what probably brought them into medicine in the beginning, which was to protect the patient and help the patient."

Meyer believes that these boards need more patient representation and to shift the focus to protecting patients not doctors.