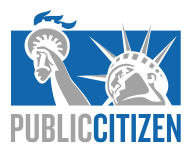 Medical malpractice payments remain at a historic low despite rising slightly last year, according to Public Citizen’s annual analysis of data published by the federal government’s National Practitioner Data Bank. The dollar value of malpractice payments in 2013 was the second lowest in the past 15 years.

The report also calls attention to the fact that while the number of avoidable errors occurring in hospitals has increased, the number of liability payments for such errors has declined. It cites the Journal of Patient Safety's study, published last year, estimating the number of premature deaths associated with preventable harm to patients at more than 400,000 per year, with preventable serious harms 10- to 20-fold more common than lethal harms.


“Medical malpractice should be treated as a health issue, not an economic one. And the cure is not reducing access to justice for victims of malpractice, but eliminating avoidable medical errors and negligence.” — Public Citizen President Robert Weissman

Both the number and cumulative value of medical malpractice payments made on behalf of doctors increased slightly in 2013, marking the first such increase in a decade. Meanwhile, medical liability insurance rates (which are not precisely tied to claims data and may lag behind payment trends) continued to decrease.